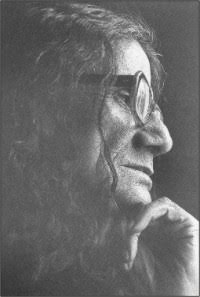 Sheikh Mohammad Sultan (1923-1994), commonly known as SM Sultan, was a famous painter from Bangladesh who was widely recognized for his contribution to Bengali art and modernism. Being one of the four pioneers of Bangladeshi modern art, he is considered one of the greatest artists to have ever emerged from Bangladesh.

Sultan’s artistic conscience, philosophy, his vigorous movement of brush aptly portrayed the muscular figures of the peasants, to symbolically represent their indomitable spirit and inner self. The feminine grace or the sensual beauty of the Bengali women, completely free from any sort of mystifying symbol, apart from the inherent logic of aesthetics, bear ample testimony of Renaissance paintings, so said by Ahmed Sofa, a prominent writer and intellectual. Although Sultan followed similar European drawing techniques, one of the key differences that set his work apart from artists of the western renaissance was that they used to depict biblical characters to portray their divinity, whereas, Sultan rather tried to portray the commoners as divine. His works depicted their stoic valor, power of survival and unceasing commitment to the land.

Born on 10th August 1923 in Narail district, East Bengal (now Bangladesh), Sultan showed immense passion and talent at an early age, which later on fueled his dream of attending art school in Kolkata and pursuing his passion for fine arts. But Sultan’s life was filled with struggles from the beginning. Being the child of a mason, and with the death of his mother, he had little to no scope of pursuing his passion. Due to their financial condition, his dream of attending art school had to come to a standstill. Not until his charcoal sketches caught the eyes of Dhirendranath Roy, a local landlord who then helped Sultan to reach Kolkata in 1938. Having reached Kolkata and so close to his dream, he was yet to face new difficulties as he lacked adequate qualifications to get himself admitted into the Government School of Art. Then with the help of noted art historian and critic Shahed Suhrawardy, Sultan finally enrolled in the Calcutta Art School and studied there for three years. But his bohemian nature and vagabond lifestyle compelled him to leave without completing his degree and hit the streets. He traveled across India as a freelance artist. As a means of living, he drew portraits of allied soldiers who camped near the places he was visiting. During this time, he held his first exhibition in Simla in 1946, but sadly, none of those works survived the test of time as Sultan had always been indifferent to the preservation of his work. Two years after living and working in Kashmir, Sultan returned to Narail in the wake of the partition of the Indian subcontinent. But soon after, in 1951, he moved to Karachi, where he taught as an art teacher at a local school. There, he came in contact with renowned artists like Abdur Rahman Chughtai and Shaker Ali, who had an everlasting impact in his life.

During his time in Karachi, he represented Pakistan in an international conference of artists held in the United States and had visited England and France on his way back. With the hopes of creating an art movement in the mid-1950s, he immediately came to Dhaka but was soon greeted with refusal and rejection by the artists of Dhaka at the time as he lacked academic certificates. Ahmed Sofa, in his eulogy on Sultan after the artist’s demise in 1998, wrote that the art establishment had deliberately deprived Sultan of his due acclamation. ‘Had he not been the son of a farmer, our art establishment wouldn’t have hesitated to give him his deserved recognition.

It wasn’t until in 1956 when he became the only Asian artist whose paintings were selected for exhibition alongside the works of world-renowned artists such as Pablo Picasso, Paul Klee, Salvador Dali, Matisse, Braque, and many others at the Victoria Embankment in Hampstead, London, that his artworks were finally being recognized. His unique blending skills captivated the eyes of its viewers. “His First Plantation is undoubtedly a milestone of Bangladeshi art and it symbolically represents the hopes of a new nation,” says Chittagong University’s art professor Dhali Al Mamoon, adding that Sultan, through his concepts and works, denied the concept of modernity in art set by the westerns.

SM Sultan did two solo exhibits in his life. The first; organized in 1976 at the Bangladesh Shilpakala Academy in Dhaka. His second and last solo show was held at the Goethe Institut in 1987, both of which had received immense responses by art lovers and connoisseurs.

He won many awards during his lifetime including, the Ekushey Padak in 1982, Bangladesh Charu Shilpi Sangsad award in 1986 and the ‘Independence Award’ in 1993. He was made a Resident Artist of the Bangladesh Shilpakala Academy in 1984 and was declared as “Man of Asia” by Cambridge University the same year.

Sultan built a school for children and a menagerie in his home town. There, he established the Kurigram Fine Arts Institute in 1969. He is also one of the founders of the Charupeeth School of Art in Jessore in 1973. Except for occasional visits to Dhaka, Sultan lived in Narail for the most part, which was his final resting place after his death in 1994.

For his unique expression of portraying divinity as well as the inner strength of human soul, Sultan is ranked amongst the world masters. Art lovers across the world consider him as the voice of Asia for his outstanding ability of depicting the strength of masses in their struggle for survival against the odds.